The ruin of Fulštejn castle 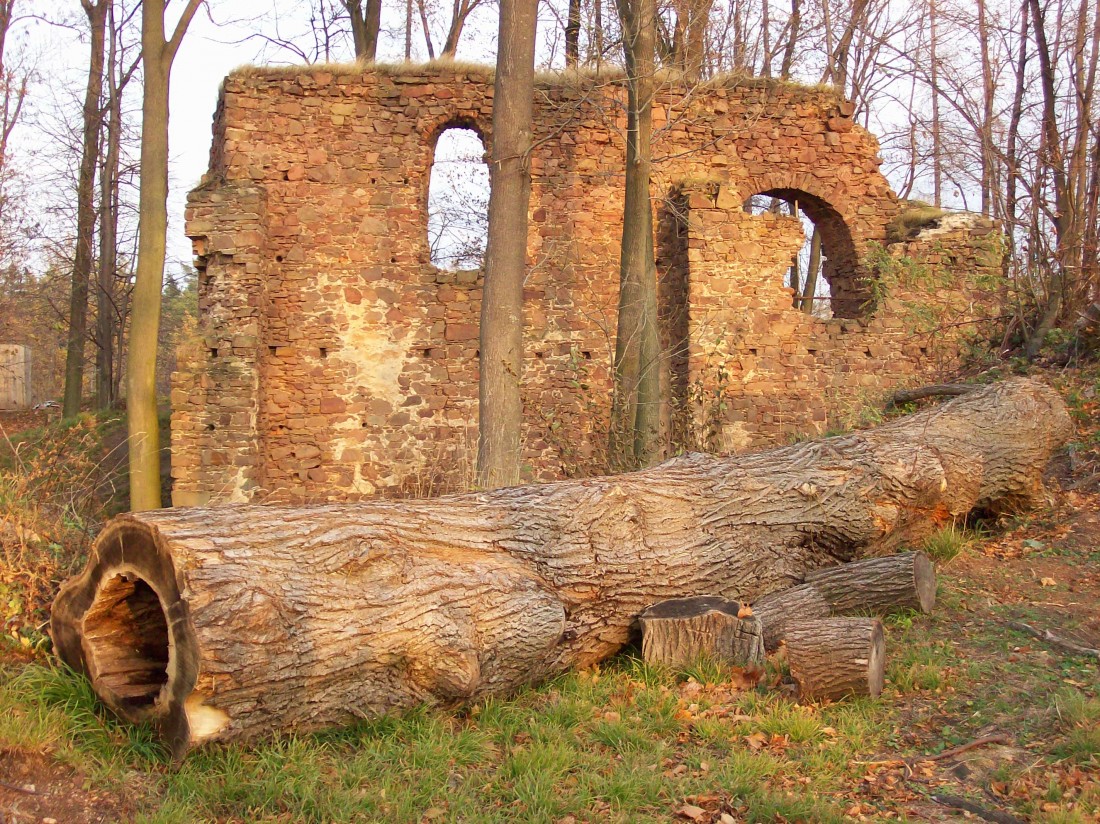 In the place of the original Slavic fortified settlement, a fort was established by the impulse of Bruno of Schaumbrug, a Bishop of Olomouc. From bishop, the fort was then in 1255 fiefed  Herbort of Fulme. He rebuilt it in the appearance of a large castle, the largest castle in Silesia of that times. In 1476, tha castle was conquered by Matyáš Korvín´s troops. Also Swedish troops damaged the castle evidently at the end of the Thirty Years War. In this period, the castle lost its importance. The destruction was finished up later in the 18th century, when its walls were taken to pieces and used to build up the new settlements nearby the castle - Ostrá Hora, Kašnice, Grundek or Karlov. Surprisingly, some of the large walls are still to be found here. Also, a new forest park is being founded here.