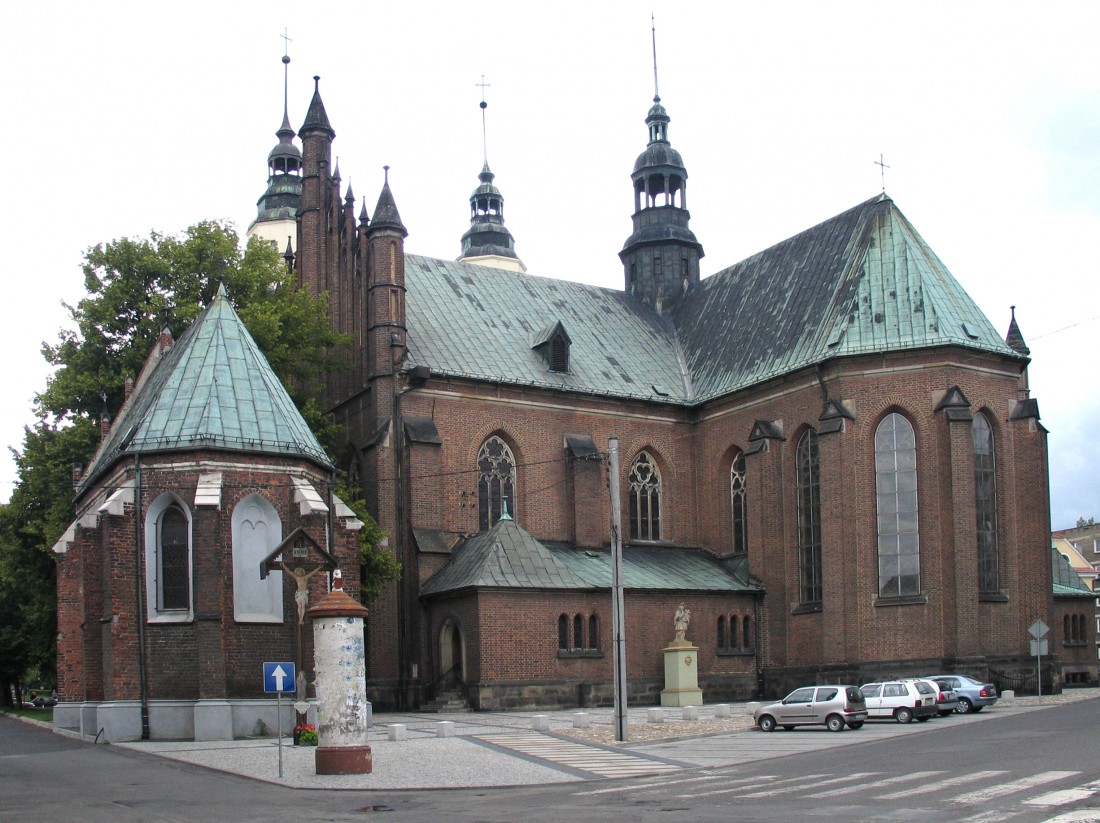 A gothic parish church of “Narození nejsvětější Panny Marie” comes from the 13th century. Later in the 14th century, it was extended and then reconstructed according to the project of M. Hasak between 1903 and 1907. The preserved church parts, frontal tower built later (the southern tower is of a baroque copula), transept and the front shield are worth mentioning.  In the heritage part of the church, the worth seeing is as follows: an early gothic three naves, plant stone decorations, flaps of quadrangle columns just under the tower of Presbyterian.  What has to be mentioned is that there is an old, sixty-sounded organ in the church. This is the work of an organ master - Gebruder Rieger from Krnov, a Czech town nearby Glubczyce. The organ is supposed to be build in 1907.