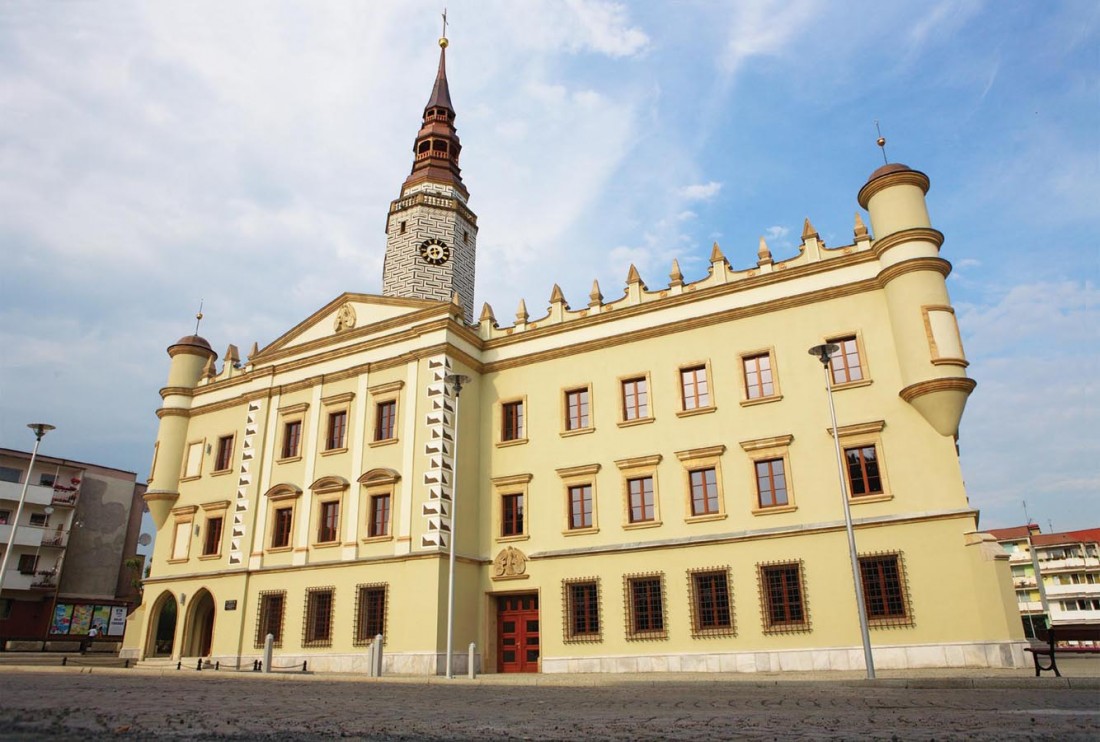 Written records concerning the town hall in Glubczyce come from the second half of the 14th century. It was built in the place where there used to be a merchant house and its parts were used within the reconstruction. It was rebuilt into the Renaissance style in the 16th century. Later, in the 19th and in the first half of the 20th century it was rebuilt into the Neo-renaissance building. In March of 1945, Glubczyce was under a bomb attack and the town hall burnt out. Its burnt ruins and parts were taken apart after World War II. What left was the ruin of the tower and a ground socle. Just in 2006, the councillors began the reconstruction. The costs reached about PLN 13 million (about PLN 5 million is provided by the EU). The opening ceremony took place in 2008. Nowadays, the building is a seat of a library and a museum, whose tower is a great observatory place.