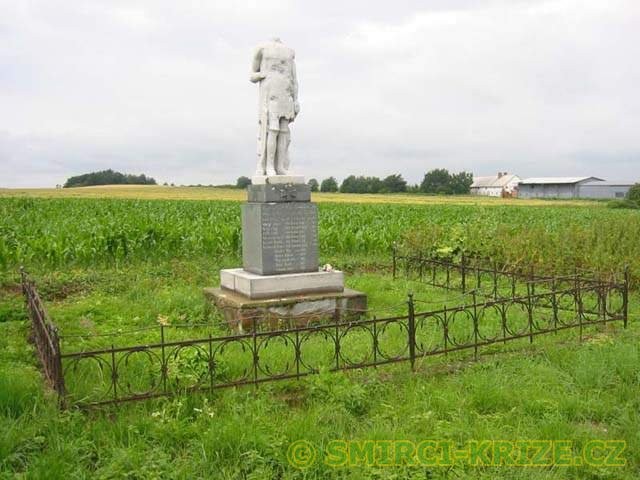 A German memorial of World War I victims is very impressive. It is located just behind village of Hlinka, on direction to Dívčí Hrad. The Memorial consists of a statue of the knight ( probably the knight Roland from German legend), whose head was cut off by an unkonwn vandal in previous years. After having scars from the World War II, received by Armenians within the fights in Osoblaha region, the statue got a new appearance, standing out especially during the sunset.