The linden of Janov 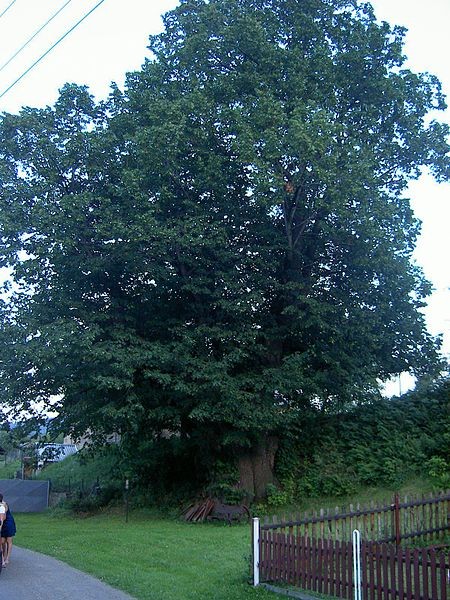 The linden of Janov is probably the largest memorable tree in Bruntál district. The tree was ignored for a long time in spite of its age and size. That changed after being nominated to the Tree of the year competition in 2010. Its height is 25 meters and the trunk circumference is 955 centimeters. The treetop is 18 meters wide. The age is estimated to be at least 500 years. There is a story passed on the tree: During the Prussia - Austrian war in 1866, the village was occupied by Prussians. A young woman with a 1-year old daughter managed to pack her luggage, but did not manage to escape. Being desperate, she hid inside of the tree. She was dreaded of soldiers who were said to be plundering.  Eventually, the soldiers were very nice to people and even helped the villagers to harvest.