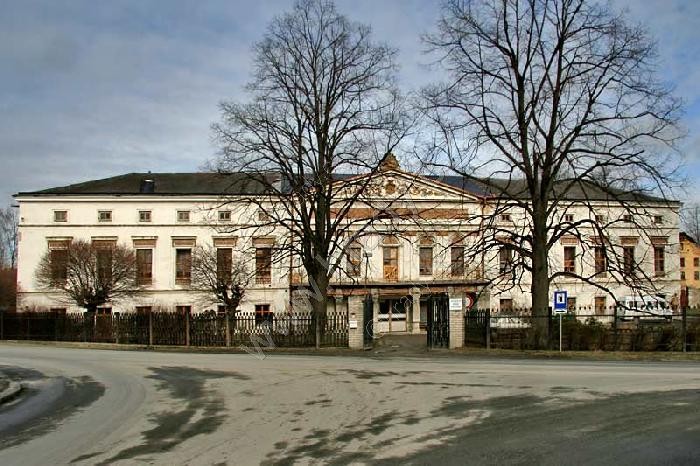 A baroque castle with a large park is a property of Jindřichov village. The castle was built in the second half ot he 17th century by the counts of Hodice as a one storey bulding of a square floor plan. The present empire appearance of the castle comes from the period after 1844, when the castle underwent a reconstruction after an extensive fire. The castle is surrounded by a large 5-hectare park founded by earls of Hodice in a French style. Later, the park was changed into the landscaping style. Besides rare woods,  sculpture decorations are to be admired in the park - a fountain, a statue of St. Huber, St. Kryštof or the statue of Friedrich Schiller.