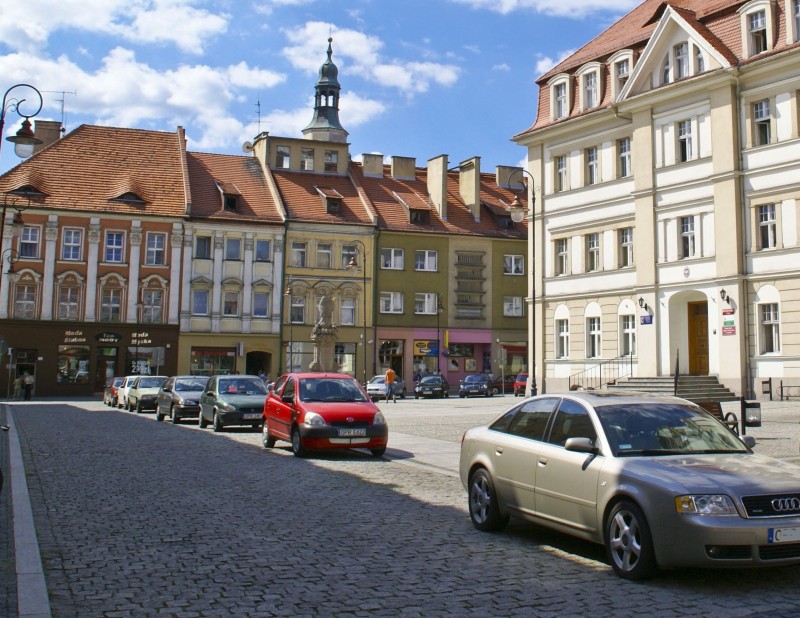 The square of Prudnik is of a rectangle shape and there are streets leading to each corner. Despite being destroyed by fires or during the wars, many interesting buildings are still preserved.

In the middle of Prudnik square, there is a town hall with 63 meters high tower. Its current appearance comes from the 18th century. However, the town hall that used to be built in this place was first mentioned in the middle ages.  Nowadays, the town hall is not the seat of municipality. It serves as a registry office, local administration of education and Praděd Euroregion office.

In the northwest corner of the square, the “Mariánský column” is situated. It is a memorial, built in the 17th century as a memory of plaque victims, is made of stone and marble. It has got a quadrilateral pedestal where there are four statues of the Saints and the mother of God with a child on the sides.

In the opposite corner of the square, the statue of Sv. Jan Nepomucký, the patron of a good confession, was built. A few chronograms regarding the life of the Saint and the memorial origin are found on the statue. It also includes numerous inscriptions and prayers of the town protection.

In the northeast corner of the square, a baroque fountain is situated. It was built in 17th century and its basement presents a basin made of sandstone. In the basin, the statue of Atlants rising a shell is situated. The top of the fountain is ended with a double-headed eagle with a crown.