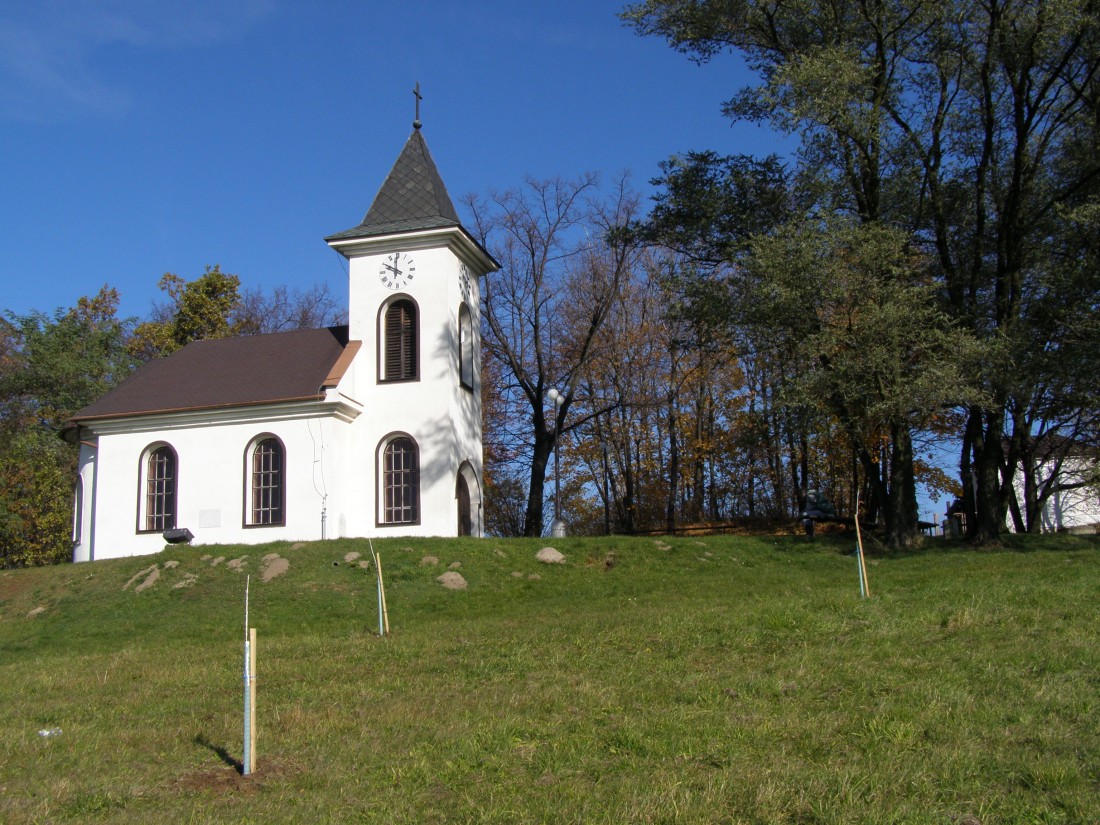 The chapel dominates the village on Rusínský Hill (314 metres above sea level), especially because of its location and the importance for Czech - Polish and German relations. Since 1814 there used to be a chaple of the same name. Unfortunatelly, this was destroyed at the end of the World War II. The building of the replica began between 1992 - 1993 on behalf of Josef Scharbert, the faculty of theology professor in Munchen ( who is a classmate of current Pope, Benedict XVI).  The opening ceremony in August 8 1993 visited about six hundred Czechs, Germans and Poles. Nowadays, the chapel is an important pilgrimage place not only for the faithful ( the pilgrimage takes place every August), but also for the tourists, because the hill offers beuatiful views to the countryside.