Important facts about the ruin 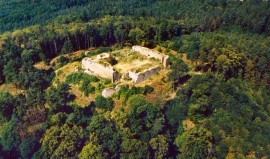 At the top of Cvilín hill ( 423 m above sea level) a ruin of Cvilín (also called Lobštejn or Šelenburk) castle is situated.  It is the ruin with a regularly built castle, whose floor plan remained unchanged with more extensive reconstructions. 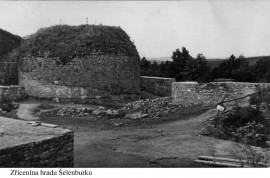 The castle was firstly mentioned under the name Lobštejn in 1238. It was established by Premyslids and later it was controlled by Benešovic family. The castle was partly reconstructed after being conquered by Matyáš Korvín in 1474.   After 1493 the king gave the mansion and the castle to Jan of Šelenberk and Kost, who immediately started with an extensive reconstruction and rebuilding the castle. . Jan´s descendants also continued in rebuilding the castle and started to call it “Šelenburk”. During Jan of Šelenburk´s reign at the turn of the 15th and 16th century, new buildings were built around the courtyard. In 1523 the castle was sold to Brandenburg margrave Jiří Hohenzolern of Ansbach, who also continued in reconstructions. It took nearly 30 years to finish the reconstruction up. In the 16th century the castle served as a  hunting lodge. Since 1622 the castle was owned by Lichtensteins. After the Thirty Years´ War the castle was abandoned and started going to the bad.  Ditches, ramparts, wall remains of buildings and palace, wells and cylindrical towers have been preserved. A well supplied the castle with water. It was well protected and at no circumstances an enemy could harm the water while siege. 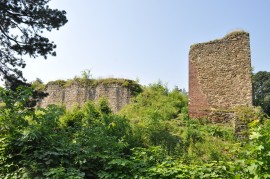 Main function of the castle was to protect the pathway leading along the Opava river to Krnov and further on to Silesia. A massive carved ditch in a rock created almost regular rectangle shape, where the castle was built.

Between 1817 – 1825, some archeological work took place at the ruin. Medieval ceramics and remains of iron objects were found. Another research took place between 1932 – 1945. Among others, a well, balls thrown away off the castle and other objects such as ax, coins, tiles and bottle remains were exposed.

Around year 1900, originally bald hill was planted with trees. 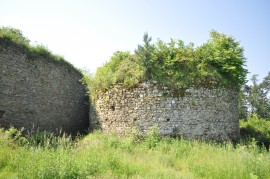 After 1918, local communities gained the Lichtenstein property. Cvilín and the ruin of Šelenburk castle belong to a national company Státní lesy up to now. 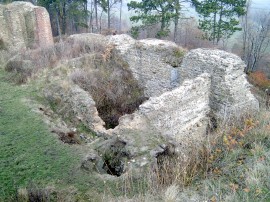 The castle is said to hide a treasure of a robbing knight underneath the ruins. The treasure can only be gained by a person who stays over for three nights and faces monsters.  A weaver craftsman Theodor made an attempt. First two nights nothing happened. But the third night a severe storm and a heavy rain came. Suddenly, the castle tower was full of vermin which yowled and sizzled.  Theodor cut and run towards Krnov. Since that time nobody has ever attempted finding the treasure again. This legend confirms hidding the treasure up to now. 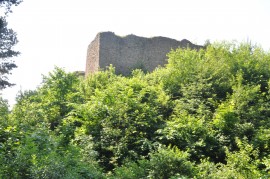