At present time, Krnov town is the owner of the villa and it operates as a town museum. The villa is a real cultural monument. 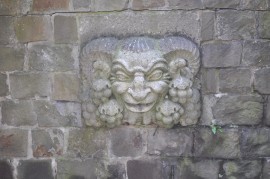 The Flemmichs belonged among old Krnov families and their presence in the town has been documented since the Thirty Years´ War. The rise of the family started in first half of the 19th century, when the part of the family took over a well-established guesthouse “U Bílého koníčka”.

Theodor Flemmich (1864 – 1926) became the co-owner of a textile company Franz Kurz in 1908 . Theodor Flemmich was a relative of an architect  Leopold Bauer and as an influential member of Krnov corporations, he tried to support Bauer as much as he could. Later some disputes occurred between these two men and Flemmich  appointed Otto Prutscher being a designer of his villa.

A dimensional concept of Flemmich villa comes from “English house” concept. It is not a storeyed hall in the center, but one above the oterh two one-storey halls connected with a staircase.  A carved column of this vertiacl communication is the heart of the villa, where all the visitors and occupants were meeting and moving.  All halls were linked with glassed-in door so they created a dynamic spatial relation. 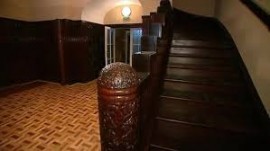 The villa represents an apt countryside mension, whose typical feature was a hunting room furnished with a rustic furnishings.

After war, the villa was nationalized and divided into apartments. Between 1951 – 2003 the villa operated as an infant institute.

Theodor Flemmich lived in this beautiful villa for over than 10 years. Then he died of a kidney failure. As he was not the villa owner, but his company, it took several years than the board of directors  converted the ownership rights to his wife Theresia and his three daughters. The oldest daughter married to the co-owner of the biggest textile company in Krnov – Herman Larisch, who bought Kurz´s and Flemmich´s companies. 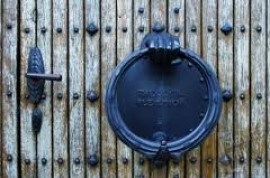 Exhibitions in the villa