The villa of Westreich

The present of the villa

At present time, the villa is a seat of a job center, a contact point of a social office.

History of the villa 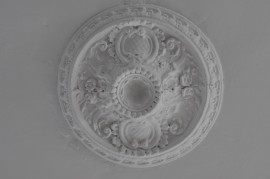 The villa was bulit by a local building company of Eduard Frank, based on the design by an architect Wenzel Burger from Saská Kamenice. The villa is situated in the garden with an original fencing.

Leo Westreich had the villa built in a neighbourhood of a liqueur distillery owned by his father-in-law Siegfried Gessler. 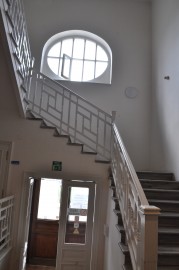 A New Baroque building with classicist elements is accessible by a monumental portal frame from the street and by a glassed-in terrace from the garden.

A symetric three-wing layout consists of a central hall with a staircase, around which other rooms including a large dining room with an alcove of a semi-cylindrical risalit are situated. The accessories were fitted to the least representative frontage.

The basement used to be partly residential, as well as the part of the attic, where there were the guest rooms.

You could enter the villa either through a monumental portico or the garden through a glassed-in terrace. In the interior, some original elements such as staircase with a geometrical railing are preserved.