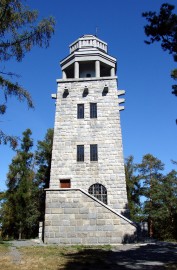 Hans Kudlich lookout is situated in Úvalno village,  400 metres above the sea level. The lookout is 22 metres high, the top looking platform is in the height of 18 metres. If you want to admire a beutiful view to the surrounding countryside, you have to climb 103 steps.

The lookout was built as a monument of Úvalno native and  an  Austrian imperial parliament member Hans Kudlich on the occasion of his 90th birthday. The lookout was designed by an architect Oskar Felgel.  It was officially opened on 21st September 1913. Four years later, when d. Hans Kudlich died, his remains were placed in mausoleum of the tower bottom. 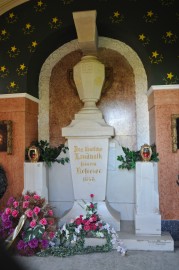 The lookout was freely accessible till 2000, but it was in a very bad condition. The lookout was considered to be reconstructed and the essential mission was to get some money.  An extensive reconstruction took place in, including wiring, tower lighting and a proper statics security. The architects´ desire was to  design the building as it was in 1923. The re-opening took place on 1st October 2000. 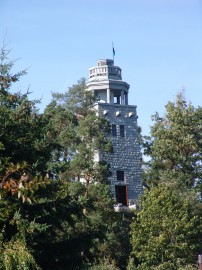