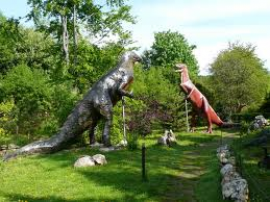 Eldorado is situated at the end of Hynčice village, about 6 km away from Mesto Albrechtice, in direction to Jeseník and Zlaté Hory.

In 1957, it was mr. Frantisek Jaich´s idea to build  real-sized dinosaurs in his garden. Bulding up the Eldorado made his dream come true.  At the very beginning, there was the admision to enable buying new material for vagarian and creature building.  Mr. Jaich´s Eldorado is considered to be the first dinopark in the Czech Republic. 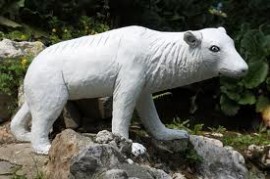 In 1987, mr. Jaich´s son took control of the garden. In 1997 a severe floods came to the village and almost all of the animal and creature statues were destroyed.  Fortunatelly, this was not the reason to close the garden. Mr. Jaich´s son, with his strong effort, started reconstruction of the Eldorado. Since the floods, the Eldorado has not only beenreconstructing, but also extending the garden. 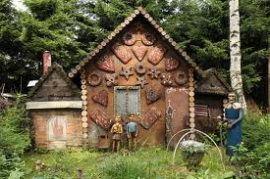 There is a car park, refreshment and a souvenire shop nearby the Eldorado.