The present of Varhany company

The RIEGER-KLOSS VARHANY ltd. is one of the oldest and biggest world producer of pipe organ.

The company is a partner of many cultural events in the region. In the complex, there is a permanent exposition of organ building history. When there is a final building approval, in the company hall the certain instrument gives a concert. An education of young experts is provided with a secondary technical school, having seat just in the company´s neighbourhood.

An organ industry has got a long tradition in Krnovsko region. The craft was firstly mentioned already in 1596.

Franz Rieger – the founder of the company

A native of Sosnová village Franz Rieger became a pioneer of an organ tradition in Krnov. He was born on December 13, 1812. Since his early childhood, he was interested in music and craft. He managed to combine these two hobbies in an organ craft.  After secondary school graduation in Krnov, he went to Vienna, where he received a very quality education by Josef Seybert. He graduated in 1844 and came back to Krnov as an organ master.  Shortly after, he got his first contract in a castle church nearby Krnov. His job was to complete an organ with 20 sockets, marked as  Opus 1.

Since his very beginnings, he was known as an extraordinary organ builder in whole Silesia.  Altogether with organ building, he was also involved in barrel organ manufacturing.  His company entered in the commercial register of Austrian monarchy in 1852.  Franz Rieger constructed mechanical instruments and had a very good reputation for his quality organ production. He and his wife had 9 children. Two out of his children shared the same passion for organ as Franz Rieger.  Two sons, Otto and Gustav continued in an organ craft. They both studied an organ building in Vienna.  In 1872 Franz Rieger transferred his well-doing company to his two sons. The company name was changed to Franz Rieger&Söhne and number of Opuses started again from zero. Father let his sons do do best for the company and did not interfere. In 1886 Franz Rieger died.

Opus 1 of newly established company was sent to World exhibition to Vienna, where it won a gold medal for a progress and brought much prosperity for its company and many new contracts.  However, the most important for the company and its development was the world exhibition in Paris in 1878, which brought, except an international appreciation,  many foreign contracts and company expansion. An international importance and outstanding product quality was confirmed by winning the title “C. and K. exclusive supplier”, awarded by Austrian-Hungarian monarchy. In 1880 Otto was awarded with a honor of a Knightly cross by emperor František Josef I. 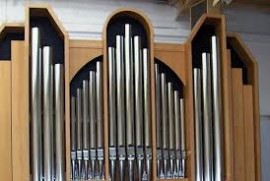 In 1903 Otto Rieger died and his brother Gustav fell back. The company management was taken over by Otto´s son, also named Otto. otto Rieger junior was also a great organ builder and he established a company branch in Budapest, which was very successfull. A very positive prospectus of the company was disrupted by World War I outbreak and Austria-Hungary division.

After the war, the company struggled. It was no long a part of Austrian-Hungarian monarchy, but only a Czech state. The market collapsed, the staff was decimated.  Two years after the war, Otto died and there was no one in the family, who would take over the company. Before his death, his old friend Josef von Glatter-Götz was a general director of the company and after his friend´s death, he took control of the company and bought it later in 1924 . He started a new family tradition with his two sons – Egon and Josef. It was necessary to expand to some new markets in this difficult period.  For this purpose, a new branch in German town Mocker was established in 1926.  This caused that the company covered about two thirds  (more than 66 %)  of organ export in German empire. Between 1924 and 1939 about 1000 instruments were produced in Krnov and the company employed about 100 employees. Unfortunatelly, the World War II broke out. In 1943, an organ industry was prohibited and Rieger company was forced to produce munition to support a military effort.

After the end of the World War II in 1945, based on the Benes´ decrees, the entire German property was confiscated and all German-speaking inhabitants were deported.  The company got under the administration of the state and in 1948 it was nationalized. In the same year, also an organ company of Hermann Kloss in Krnov was nationalized.  Consequently, both companies were fused under the name “An organ company Rieger-Kloss Krnov”. Still in the same year 1948, a trade mark RIEGER-KLOSS Organ company ltd. was registered and the company got back to its successful  pre-war world market positions.  Already in 1950 the company managed to produce instruments of a pre-war quality.  In 1958 the company made a success at EXPO 58 exhibition and in the next few years, the contract for 46 organs was delivered to countries of Soviet Union.

As a result of society changes after 1989, the company underwent a difficult transformation. It resulted in privatization 1994 in form of share selling to its employees.  Mr. Svatopluk Ručka together with other employee companions was responsible for company management. In Europe, the demand for organ was quite low so it was necessary to look for new markets, whose were to be markets in the USA and Asia. 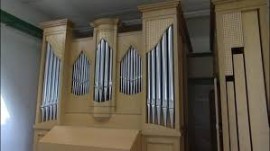 In December 2011, the company was bought by Ing. Petr Škrbel, whose main effort was to give back the company its reputation and continue in traditions that started about 140 years ago. Since the foundation, 3 735 excellent concert and temple organs have been produced not only for Czech, but mainly for foreign customers.  This fact shows that its products are of a top quality. At present time, a well-doing  company satisfies its demands worldwide and especially in the USA and Asia.