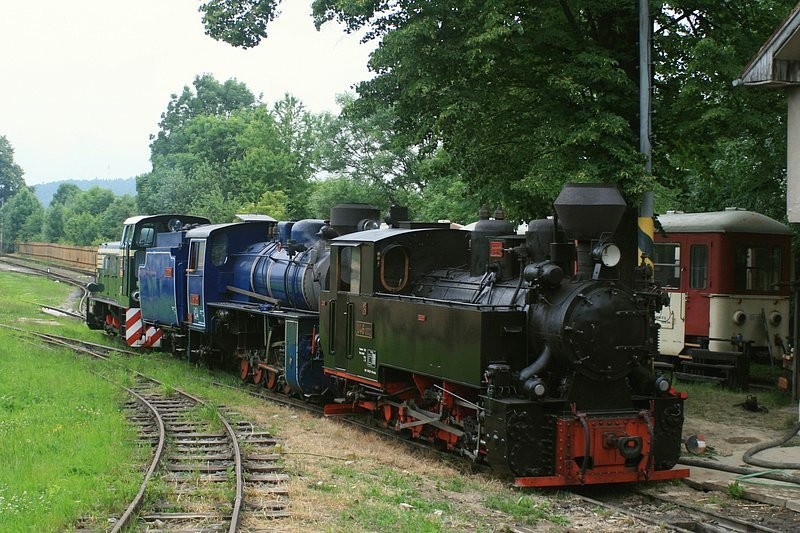 Originally, a railway connection in Osoblaha locality, was to be of a standard gauge and was to start in Mesto Albrechtice, then continue farther towards Slezské Rudoltice.  Due to financial reasons, the village of Třemešná was determined as the beginning of the railway. Yet, the narrow gauge was stated - it means 760 millimeters narrower than the standard. The construction of  the narrow gauge railway started in spring of 1898 and the first train set off in the same year, in December 14. The train sets off  the opposite side of the Třemešná railway station than the platform for Krnov - Jindřichov ve Slezsku railway is situated. The railway starts with descent up to 26‰, heading the steel bridge in Třemešná. Farther, the railway rises up to 27‰, and just outside Liptáň an arc occurs with its radius of only 75 meters. Behind the Koberno station, the railway leads into a romantic and woody passage along the Osoblaha river, it goes past the ruin of Fulštejn castle and leads to its destination - Osoblaha, nearby the Polish and Czech border.